On Thursday night, dreams came true for a select group of young men. They finally got to express themselves and wear the suit they imagined as a child. They got to walk across the stage, shake the commissioners hand, and show off the multiple thousand dollar article of clothing they played out in their head as a youth in the driveway.

As you all know, the NBA always brings the heat when it comes to fashion. They play second fiddle to no one when it comes to letting that personality shine bright. The NBA Draft is no exception. These prospects come dressed to the nines ready to shine brightest on the biggest stage of their lives yet.

It is my job to critique and roast their outfit choice to the best of my abilities. I will never purchase a suit of that price and most likely will make a tenth of what these athletes will make. The least I can do is sit behind a keyboard and make fun of their attire, right? That being said, let’s take a look at some of the looks from the NBA Draft.

First we have the star of the show, the bell of the ball, Zion Williamson. I did not hear him say this was intentional but the second highest touted prospect coming into the NBA Draft paying homage to the highest touted prospect coming into the NBA Draft is very cool. Personally, I think the cream suit with a white shirt is an interesting look, why not just go white suit? If I was the Pelicans, I would be concerned that Zion does not have the confidence to rock such a look. This could affect his game and potential moving forward, keep an eye on this flaw folks!

Ja Morant has family photos on the inside of his suit, RJ Barrett is repping the Canadian flag 🇨🇦#NBADraft pic.twitter.com/5Ip0bFkiIF

A move you see very often at the NBA Draft, the homage to family inside the suits. A classy move while not being too flashy. The suits worn by both of these prospects are hot fire. The all purple and pink suit are amazing. I have nothing else to say, great move by these young whippersnappers. I can’t not mention this COCKY move by Ja though…

A pocket square with your own face is unbelievable. Coming from someone who wore socks with his own face on them on their wedding day, I approve of this message.

I will say, I think this move is a bit much. This move has 1,000 stones and is supposedly around $25,000. Ja Morant’s pocket square probably didn’t cost much and is a subtle hint of cockiness. Spending 25K on a chain that is a caricature of yourself before you see a cent from the NBA is a different level of cocky. I sound like an old man yelling at the clouds, I am going to just stop now.

I will admit, this suit has my mind in pretzels. I saw this suit cost close to $100,000. I am sure he did not pay for it but wearing a suit that cost that much is out of this world. If you are going to wear a suit like this, you better be sure you will be a top 10 pick. Bol Bol didn’t get picked until the 2nd round. That being said, he looks like a daddy long legs spider. He also looks absolutely terrifying. I still can’t decide how I feel about it. Come back to me in a few weeks and maybe I will have a decision.

Last but not least, we have the Duke star Cam Reddish. He decided to go with a look we all have seen before in our lives. You are probably thinking to yourself “wait, I have never seen a suit like that!” Yes, you have. It was right there in the living room of your grandma’s family room… 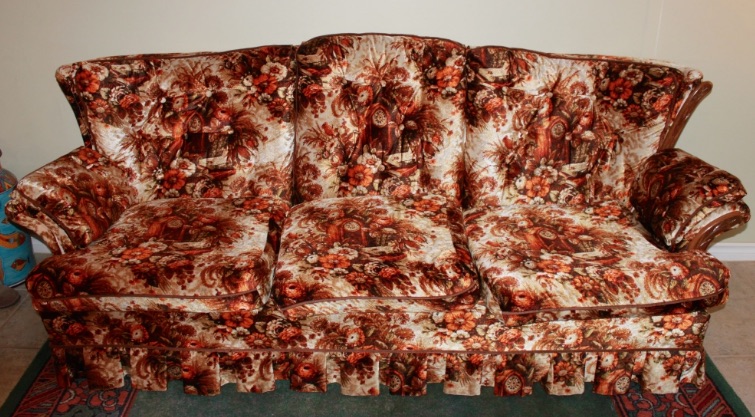 I’ll be here all night folks, thank you!