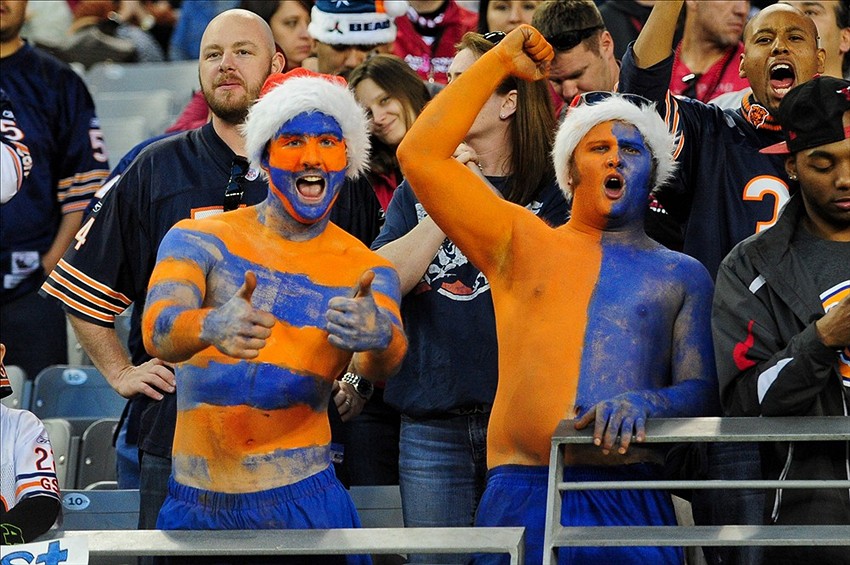 Welcome to resolution season, the time of the year where everyone promises to better themselves. The morale is sky high, the new gym shoes have been purchased, and the fridge is stocked with food that resembles your neighbor’s garden.

I don’t have a problem with New Year’s resolutions. Although most aren’t followed through, sometimes it truly is the thought that counts. I am all for self betterment and that reigns true as a sports fan. Chicago is a harsh place to play for athletes. The media is relentless and we expect the best from each and every team. Therefore, I think it is important to be better in 2019 as a whole Chicago. Here a few things I think we can all work on…

Mitch Trubisky is in his second year in the NFL, he is 24 years old. He is going to make mistakes. There is no reason to nit pick every single thing he does wrong. Do we really need to harp on the fact that supposedly he doesn’t throw great to the left side of the field? He is a kid and statistically is already one of the best quarterbacks in franchise history. Enjoy watching him make plays with his feet and cheer him on instead of questioning how well he can throw against the blitz.

Be Grateful For Theo Epstein

I am going to write that one more time. Be Grateful For Theo Epstein. This man changed the culture of what it means to be a Chicago Cubs fan. He has wiped away a narrative that was around for decades. The Cubs are no longer the lovable losers. The Cubs are now a team that plays in October year after year. Sit back and remember that. Oh and thank him when the Cubs do finally sign Bryce Harper.

Admit You Aren’t A Blackhawks Fan

We all have a couple of those friends. The few that claimed they were big Hawks fans before they won a few Stanley Cups. We also have a few that claim there is nothing wrong with being a bandwagon fan. Sure, it isn’t terrible but stop acting like you are a fan. You probably can’t name the coach right now. You can’t name 5 players not named Kane or Toews. You have no idea how well the Hawks are doing. It was a blast going out for Hawks playoff games, but let’s cut the shit. You aren’t a fan and never really were.

Try To See The Good In The Chicago Bulls

I hate Gar/Pax, you hate Gar/Pax, we all hate Gar/Pax. No one in this city really trusts them when it comes to building this franchise into a contender. There are some exciting pieces that could be a large part of the future on this current team. Zach LaVine, Lauri Markkanen, Wendell Carter Jr., and even Kris Dunn have all showed they are part of the future in one way or another. I know, the front office will most likely screw all of this up. Enjoy the young guys, they are actually pretty fun to watch. I promise. #FireGarPax

Seriously, please stop. Mitch Trubisky does not need to be replaced after one bad game. Joe Maddon should not be fired because of one bad season. Matt Nagy is not a bad coach because one of his trick plays did not work. Stop. The Chicago sports radio caller could be the worst representation of a sports fan known to man. Before you decide to dial into 670 The Score with your irrational, hot take, will what you are about to say will make sense a week from now? It probably won’t. Put down the phone, get a journal, and write all your idiotic takes down. For the love of God, please stop calling.

Get Another Chicago Dog At The Park/Stadium

This is a resolution that I think everyone should take extremely seriously. You are only on this Earth for so long. Life could end at the blink of an eye. Remember this next time it is the 7th inning and you are considering getting your 2nd hotdog. Do it. It is a beautiful delicacy that should be enjoyed as much as possible. Get the dog.

Soak In This Bears Team

Lastly, remember this Bears team. The window in the NFL is so, so small. Enjoy everything about this team. This is one of the most lovable teams in recent Chicago sports history. I would put them right up there with the 2016 Cubs in terms of likability. The 2016 Cubs were unforgettable, this team has a chance to be that as well. This is just the beginning. I know the window is small but Ryan Pace has set this franchise up to succeed. Don’t be that guy calling into Waddle and Silvy to proclaim this season a failure if they don’t win the Super Bowl. This team and franchise is the real deal folks. Andy Bernard always wished someone could’ve told him he was in the glory days while he was in them. I am telling you right now that you are in the glory days. Remember how bad the Trestman years were? Exactly. Bear down folks.

One thought on “2019 Resolutions For The Chicago Sports Fan”