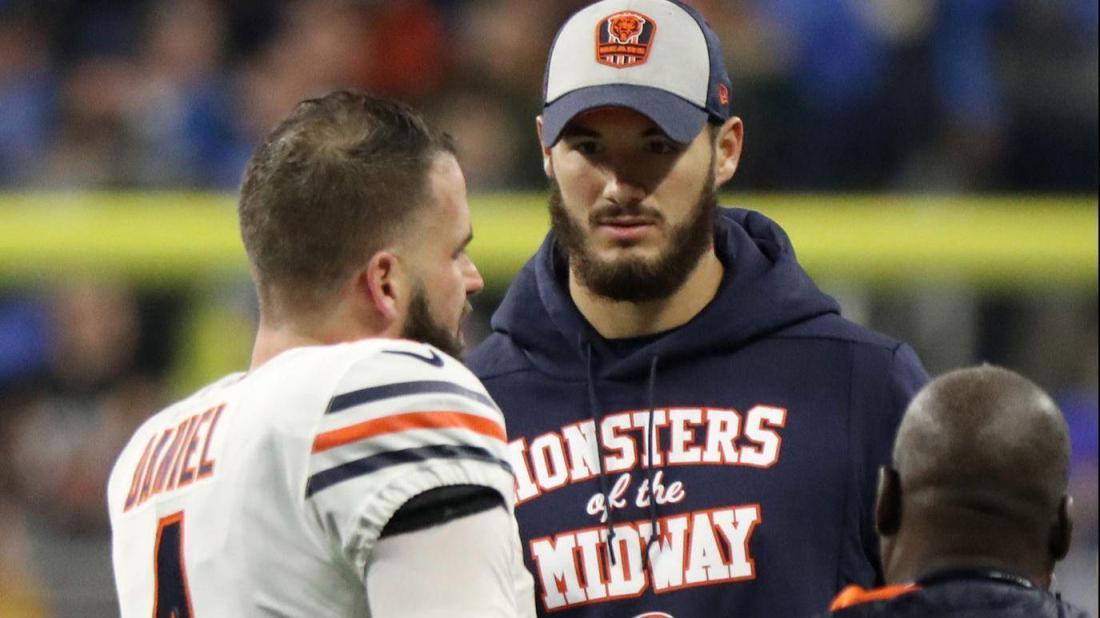 Bears fans got to sit back, kick up their feet, and relax on Sunday. It was very nice. The Bears took care of business on Thanksgiving and now control their own destiny in the division.

There was one little moment of concern after Mr. Schefter dropped this little nugget on Sunday.

After missing the Thanksgiving game vs. the Lions, Bears QB Mitchell Trubisky is hopeful to play next Sunday vs. Giants but it is not certain he will and missing one more game is possible, per source. If he were to miss that one, he would be expected to return the following week.

This was kind of surprising as most assumed Mitch would be back Sunday against the Giants. This begs the question of how concerned should we be about Mitch’s shoulder. The main prognosis was a “bruised shoulder” for number 10. This is a very, very vague description of an injury. Chase Daniel did just fine stepping in for Mitch. The Bears paid for a solid backup quarterback for this exact reason. Injuries happen in the NFL, it is important to be prepared for the worst.

The good news is the New York Giants absolutely suck. The Bears will have had 10 days to prepare for a team that is in absolute disarray. The defense should have zero problem stopping the Giants offense. Chase Daniel could easily step in, do what he did against the Lions, and the Bears would be just fine.

Not to mention, the Bears have a firm grasp on the NFC North. The Vikings laid the Packers to rest on Sunday night. They now have a tough schedule coming up with two tough games against the Patriots and Seahawks. They also may have lost Xavier Rhodes for the rest of the season. At this point, I would be very surprised if the Bears do not have this division wrapped up before the week 17 matchup in Minnesota.

In my opinion, I would let Mitch rest one more week. The kid is going to want to get out there and play. The most important thing is to make sure his shoulder is 100% healthy. It is not worth risking the future cornerstone of the franchise for a game against a team gunning for the #1 draft pick. The Bears have a YUUUUGE game the following week under the lights at Soldier Field versus the Rams. I would much rather let Mitch rest up for that game because that one will be a doozy folks.

I have faith in Chase Daniel beating the Giants. I have faith this defense can beat the Giants on their own. It is great to be in a position where the Bears can afford to let their quarterback rest another week.

Soak in the Bears success. Soak in the Packers misery. Soak it all in, it’s a great time to be a Chicago Bears fan.