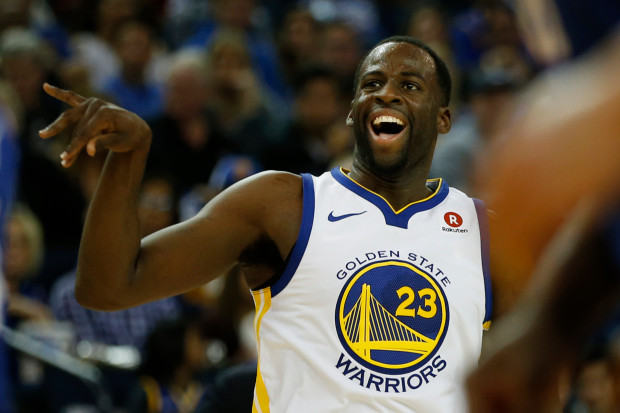 Watching the NBA Finals, I bet the under on Draymond Green points, rebounds, and assists. (It was 29, basically free money). This made me pay attention to strictly Draymond throughout the entire game.  It also confirmed a thought I have had for the last few weeks.

Draymond Green is really not that good of a basketball player.  Another thought, his insanity/lunacy is not worth his production on the basketball court.

Before we begin, let’s get this out of the way.  He is a premier defender.  You’d have to be quite ignorant to deny that fact.  You don’t earn a Defensive Player of the Year Award, a three time All Defensive 1st teamer, and end up on the All Defensive second team this year without being one of the best defenders in the league.

Overall, he is not as good at basketball as everyone makes him out to be. Let’s take a look at his stats here folks.

He averages 9.3 ppg, 6.90 rpg, and 4.6 apg.  Those numbers could not be more average in my opinion.  Yet he gets the attention and notoriety of one of the top 25 players in the NBA.  Why you ask?  Well folks, for one he is an absolute lunatic.  He basically cost the Warriors their chance at a 4-peat this season with his suspension in the 2016 NBA Finals. He hit another man in the land down under, only someone with a couple screws loose would do such a thing.  Has he never been hit in the nuts?  I cannot wrap my head around how another man would ever perform such an act on another male.  He was also arrested in 2016 following an altercation in which he choked another man and his girlfriend in a bar in East Lansing.  Yes, he choked both of them and then supposedly punched the male in the face the following night.  Crazy Person.

Secondly, we talk about him because he is on the Warriors.  If he was on any other team, he would be an average NBA player.  His numbers are all inflated because of the talent he has around him.  Sure, there is nothing he can do about this but facts are facts.  His production or lack thereof can hide behind the superb skills of his three All-Star teammates.  He also is quite active on Twitter and also never stops running his mouth on the court.

Thank you all for listening to this, please spread the word about Draymond.  Eventually the media will take notice, we can do this together folks!

One thought on “Let’s be honest, Draymond Green is actually bad”