On Tuesday night, both the Houston Rockets and Golden State Warriors advanced to the Western Conference Finals.  This has been a foregone conclusion since about November, but it is the matchup we all want to see.  The question here is, can the Rockets take down the reigning champs?

Instead of previewing the series based off matchups and statistics, we are going to simply see which city stacks up.  I know the Warriors associate themselves with the Bay Area so we are going to the city their current stadium is in. Oakland.

Oakland vs. Houston.  Who will prevail? Only my opinion will tell.

BIG time difference here folks, they say power by numbers works in the Western Conference finals.  The Warriors could be in big, big trouble.  A whole lot of Texans vs. a smaller amount of Californians. As LeBron would say, SHEEEEESH!

This is going to be biased since I am based in CST but Houston wins this one by a landslide.  The rest of the world has been up and moving for three hours before the folks out in Oakland even open their eyes.  Sure, it is awesome when the NFL is on right when you get up but this is basketball ladies and gents.

This is a tough one. On one end, NASA is pretty dope.  On the other end, your city is named after a fantastic Ben Affleck movie.  I am giving the edge to Oakland in this one simply because I think these jerseys are dope. 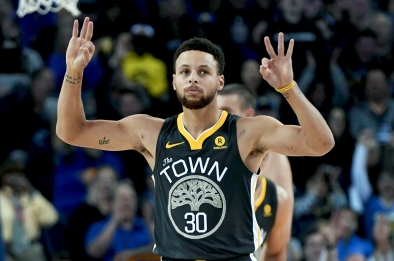 Let’s just put it this way, Houston is very lucky it has so much star power on their list.  I hate Big Bang Theory so much that I considered picking Oakland simply because Jim Parsons is from Houston.  I want to know who seriously watches that show and thinks it is funny.  I know minimal people read this but if you are reading this please answer that question. Show sucks. Oakland has a few great athletes and a couple actors.  Lizzie McGuire, The Undertaker, and Mike Jones (who?) are the reason I am picking Houston here.

I have never been to Oakland and I simply put this category in here to talk about how lovely the Houston Airport is.  I went on a nice little vacation to Mexico with my girlfriend last spring.  After a week of tequila sunrises and the best american food you’ll find in Mexico, we were ready to get on our direct flight back home to Chicago.  We booked an early flight so we would have all day Sunday to relax.  That is not what happened.  Long story short, we ended up being rerouted to Houston and had a long layover at said airport.  At this point, I was sunburnt, hungover, tired, and downright miserable.  The Houston Airport was lovely though.  It was very clean.  They had a wonderful Potbellys which provided a great meatball sub.  The airport alone made the layover and travel nightmare a bit more bearable.  Thanks for listening to that story, hope you all get to spend some time in the Houston airport someday.

Having never really been to either city or without knowing much about either, this is what I think about each city.  Oakland is a badass town.  If someone told me they were from Oakland, I would instantly think they are tough.  I would be very scared to get into a fight with anyone from Oakland.  That might just be because Marshawn Lynch is from there and his upbringing was pretty rough.  Houston strikes me as just a nice Texas city.  It seems a bit commercial but it seems as though they enjoy the rodeo.  That would be a nice time.  I feel like they would be very welcoming and I could leave them with a nice “Texas Forever”

So there you have it folks, based off my judgment.  Houston will win this series 4-2.  This is going based off the scoreboard I have provided above.  This should be a great series on the court, but off the court Houston stands on the podium.

One thought on “Rockets vs. Warriors, which city is better?”